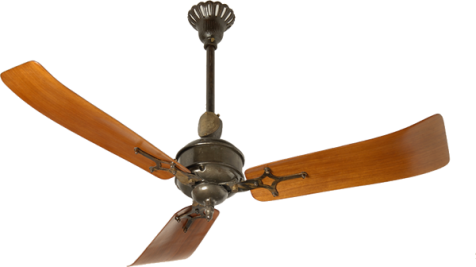 In 1886 two German immigrants, Gustav Biswanger and Hugo Hirst, founded The General Electric Apparatus Company in London, which three years later became the General Electric Company; it then expanded rapidly, setting up subsidiaries and factories in Europe, Japan, Australia, South Africa, India and South America
We indeed found models of GEC fans in both Britain and India, still with their original labels. We came across the Kingsway model, a three-bladed fan with a diameter of cm.150, with the “Made in England – 1932″ label, as well as with the ” Made in India” , ” War Design and Finish -1941 ” label. This demonstrates how the same model was manufactured in different countries.